Novapet, science and technology in 40 years of democracy. 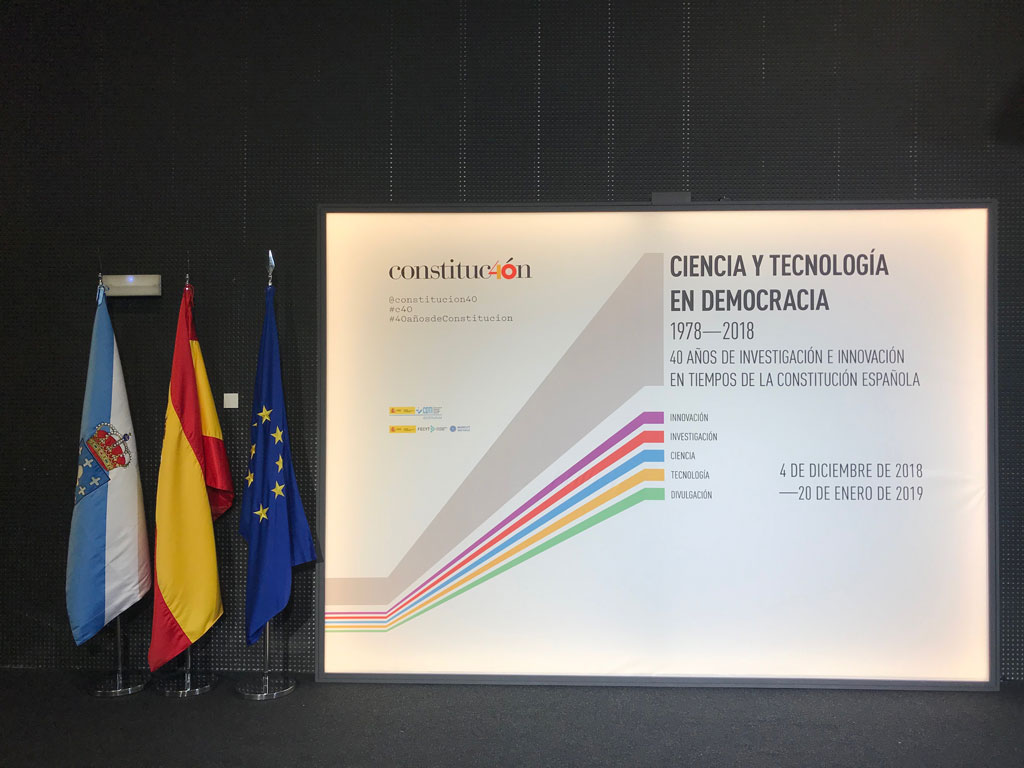 Also participating in the inaugural ceremony were the President of the Xunta, (Regional Government of Galicia) Alberto Núñez Feijóo, and the Mayor of La Coruña, Xulio Ferreiro. 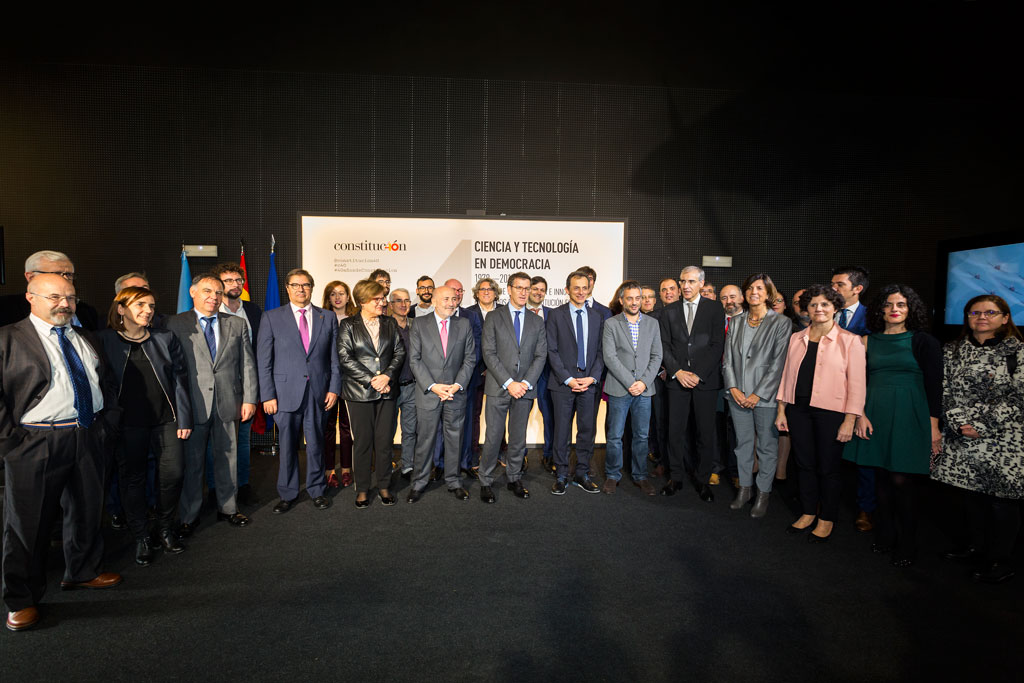 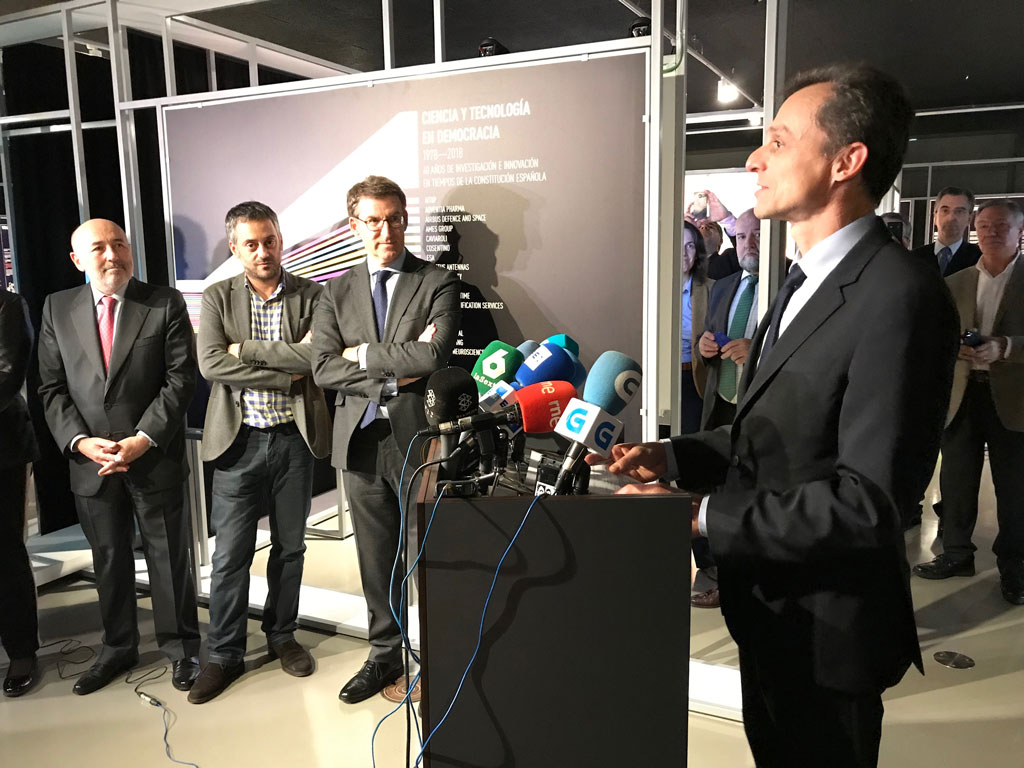 In this exhibition, Novapet shares space with a very wide range of projects, which all have a mainly technological and innovative profile; nevertheless, this exhibition aims to highlight the part that is more related to the research stage with the purpose of helping to give visibility to the initial phases of the value chain of R+D+I directly related to science and education and the dissemination of each project in itself.

In addition, the exhibition has holographic elements in different sections that are equipped with tangible material so that the users can experiment and appreciate each project and its characteristics.

There is also a chronology installed in the room which reviews, year by year, the most notable political, social, economic, scientific and technological events that have taken place in Spain from 1978 to 2018. 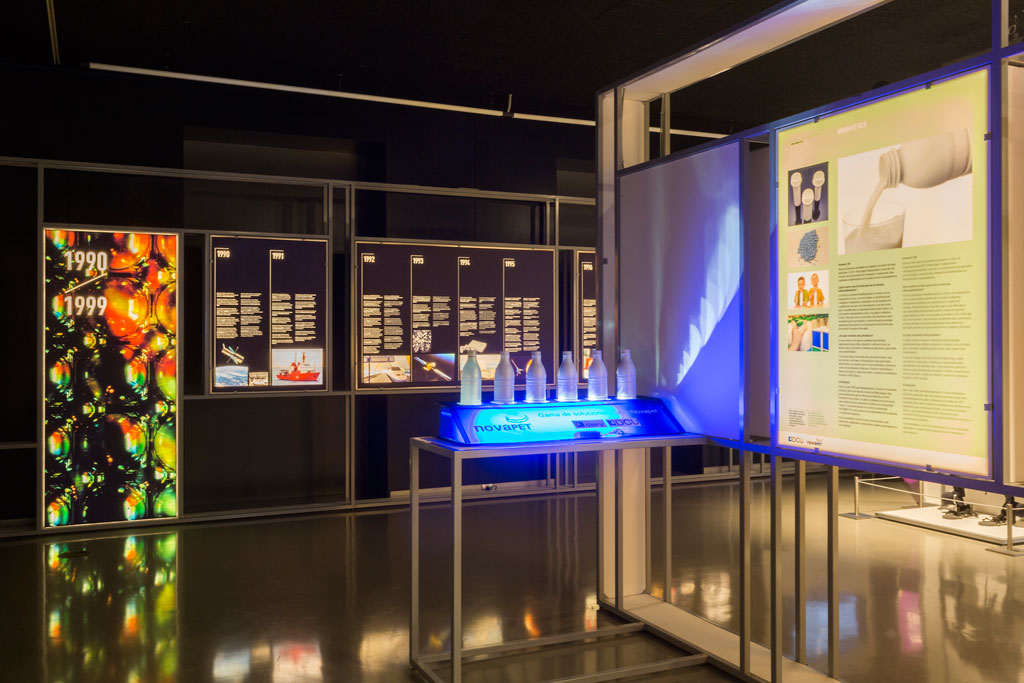 Specifically, it will house various prototypes, audio-visual presentations, technological components, descriptive panels, etc. of a number of projects of technological innovation that have been developed in the last decade with public support and that have had notable impact on the life of the citizen.

Likewise, this exhibition has a panel devoted specifically to the theme Women and Science, in recognition of the most important female scientists of the last 40 years. 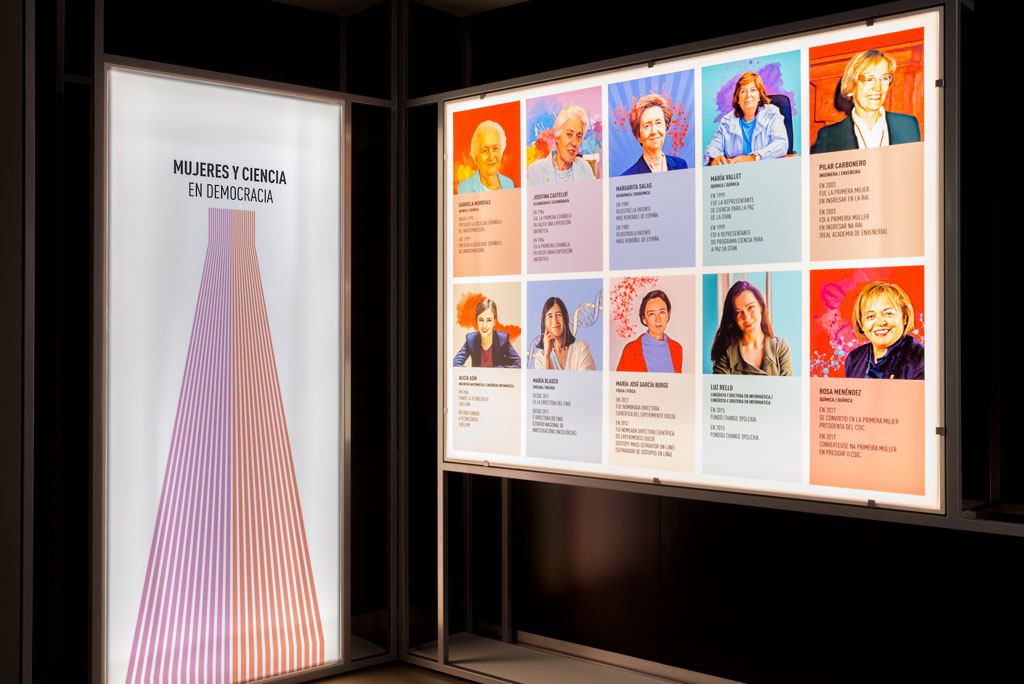 At Novapet, we share the common concern with regard to the need for increased and improved dissemination on science and technology that has been developed in Spain in the last 40 years, as we are aware of the real situation that exists in Spain, and this is that our science is excellent, but we have great difficulty in transferring it to society. 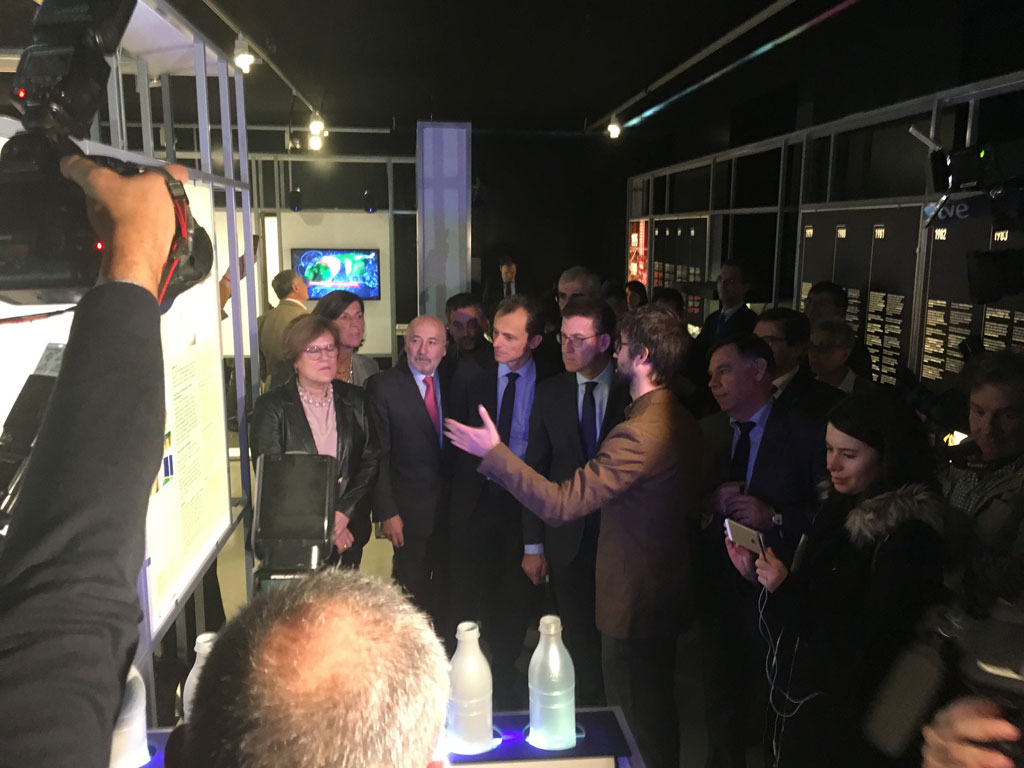 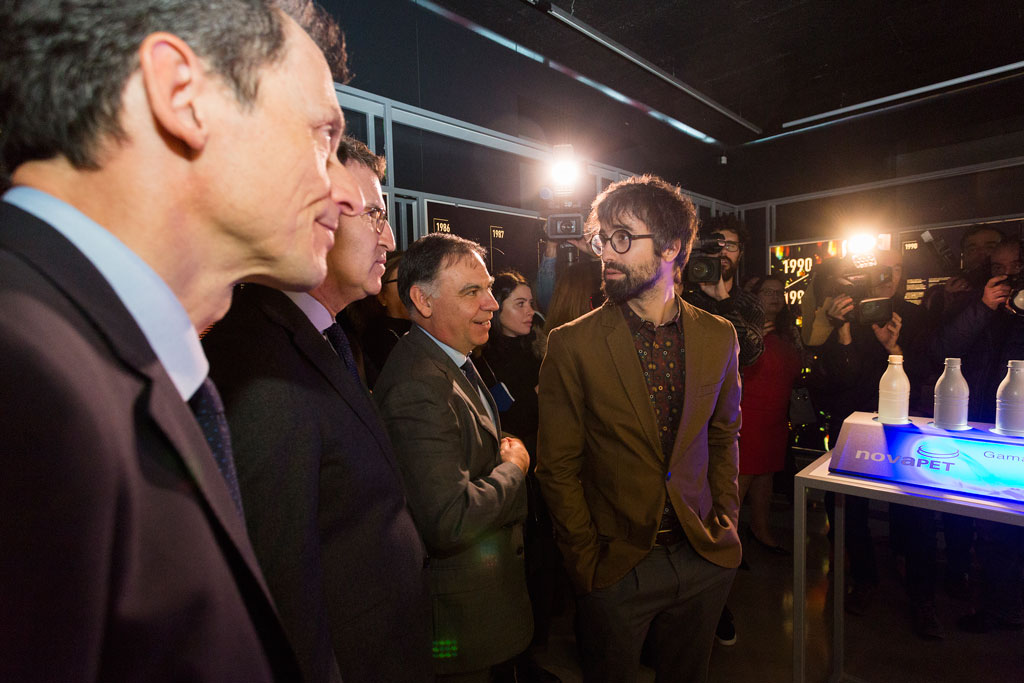 The minister, Pedro Duque, made a commitment in his inaugural speech to promote dissemination to promote awareness in society of the importance of science and technology.

Novapet did not want to miss the opportunity to show one of its products that truly brought about a profound change in the dairy industry in Spain: DCU. 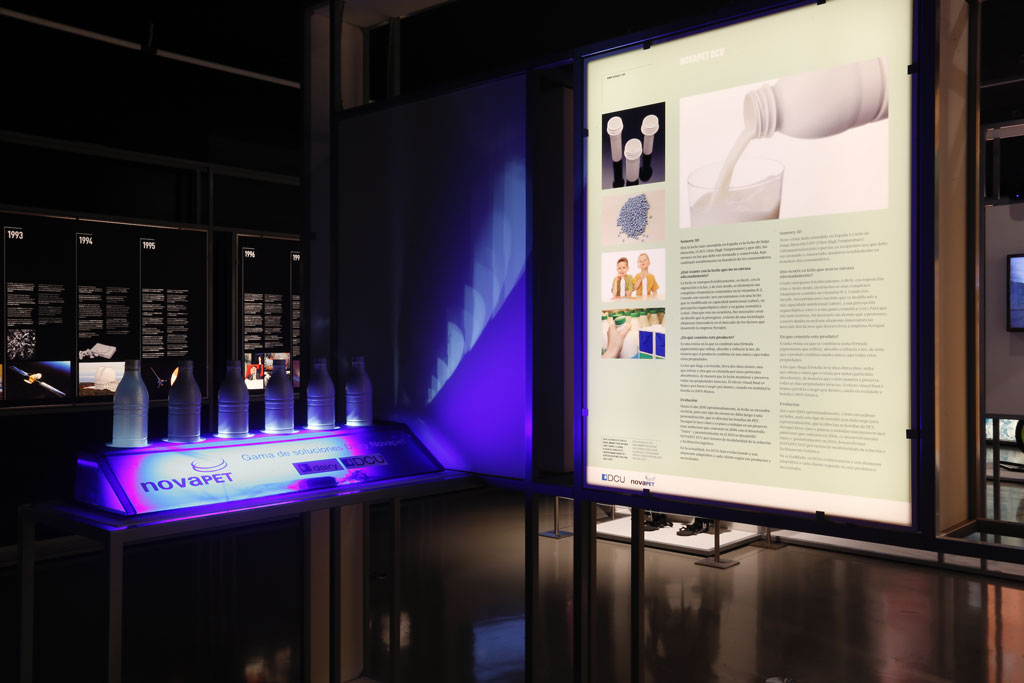 Along with it, visitors can see a model of the ‘Ariane 5′ rocket of the European Space Agency, an electric competition motorcycle an antiperspirant

medication, an exoskeleton, parts of the human body such as a chest or bones in 3D replicas for pre-surgical studies or virtual reality software to study human behaviour. 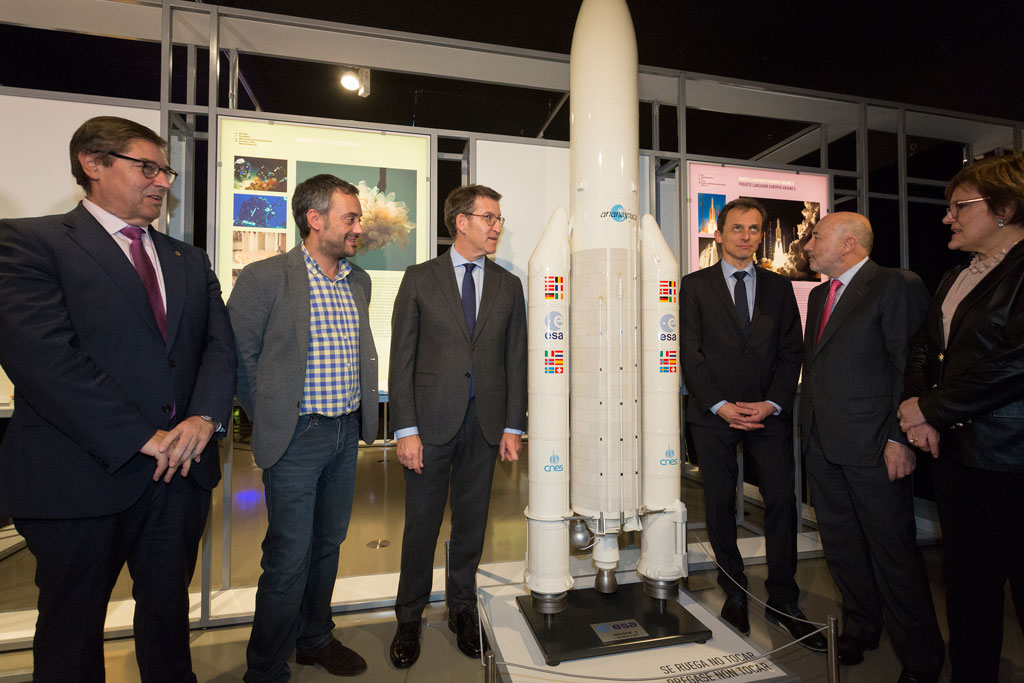 The objective of the exhibition, which can be visited until January 20th, is that the public efforts to promote technology and innovation reach citizens in the form of products and services that improve and facilitate their lives. 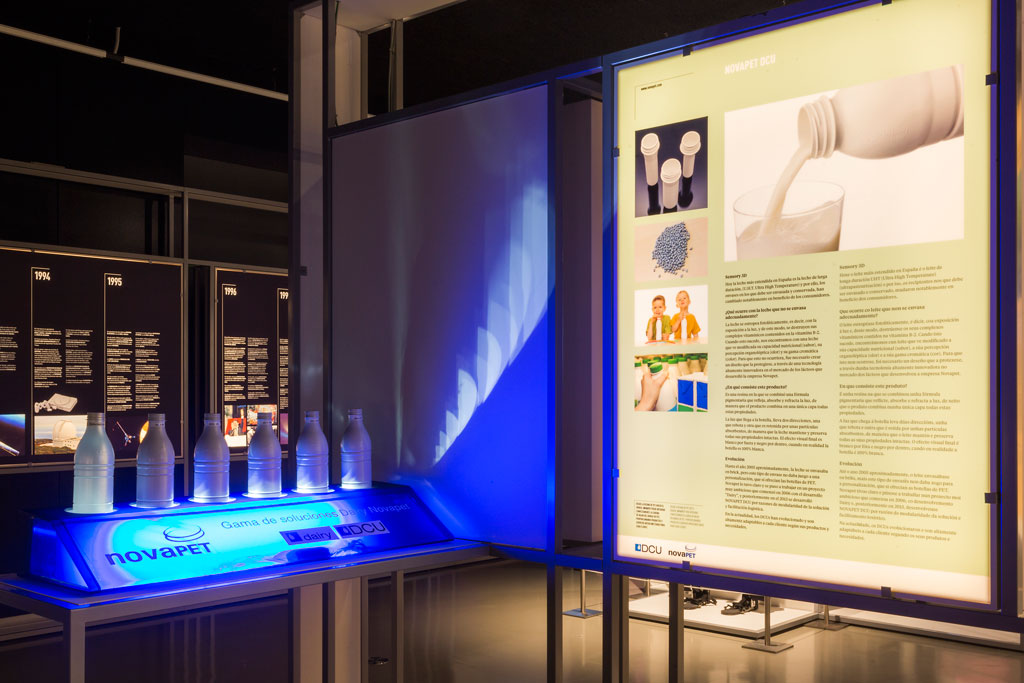 *Below, we leave you the extended text, as it is not seen in the photo of the display shown in the exhibition:

Today, the most widespread milk in Spain is long-life milk, (U.H.T. Ultra High Temperature) and because of this, the packaging in which it must be packaged and stored has changed notably in benefit of the consumers.

What happens to milk that is not packaged correctly?

Milk spoils photolytically; that is, with exposure to light, and in this way, its vitamin complexes contained in vitamin B-2 are destroyed.  When this occurs, we find ourselves with a milk with modified nutritional capacity (taste), organoleptic perception (smell) and its chromatic range (colour). So that this does not occur, it was necessary to create a design that would protect it, through a highly innovative technology in the dairy market developed by the Novapet company.

¿What does this product consist of?

It is a resin in which a pigmentary formula was combined that reflects, absorbs and refracts light, so that the product combines in a single layer all these properties.

The light that reaches the bottle, goes in two directions, one that rebounds and another that is retained by some absorbent particles, so that the milk maintains and keeps all its properties intact.  The final visual effect is white outside and black inside, when in reality the bottle is 100% white.

Until approximately the year 2005, milk was packaged in brick, but this type of package did not leave room for personalization, which was offered by PET bottles.  Novapet saw this clearly and went to work on a very ambitious project that began in 2006 with the “Dairy” development, and subsequently in 2013 NOVAPET DCU was developed for reasons of modularity of the solution and logistic facilitation.

At present, the DCUs have evolved and are highly adaptable to each customer according to their products and needs.