Laying of the first stone in the LiteraTIM project

Last Wednesday, September 21, the laying of the first stone of the LiteraTIM project took place, which is scheduled to start up in Tamarite de Litera (Huesca) during the first quarter of 2023 and whose construction works They started last August. 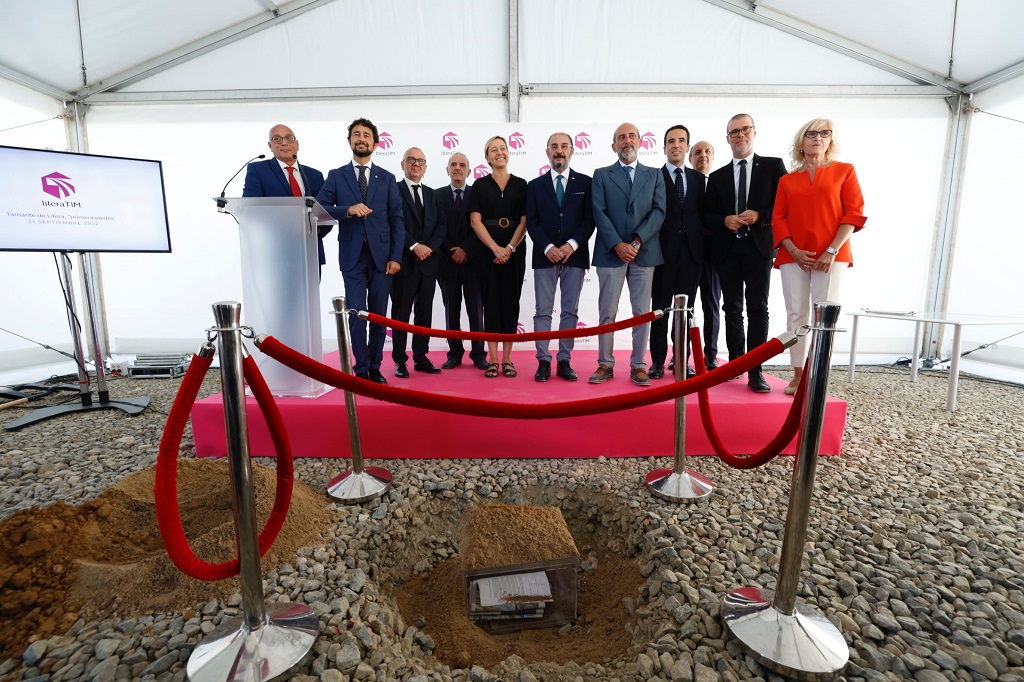 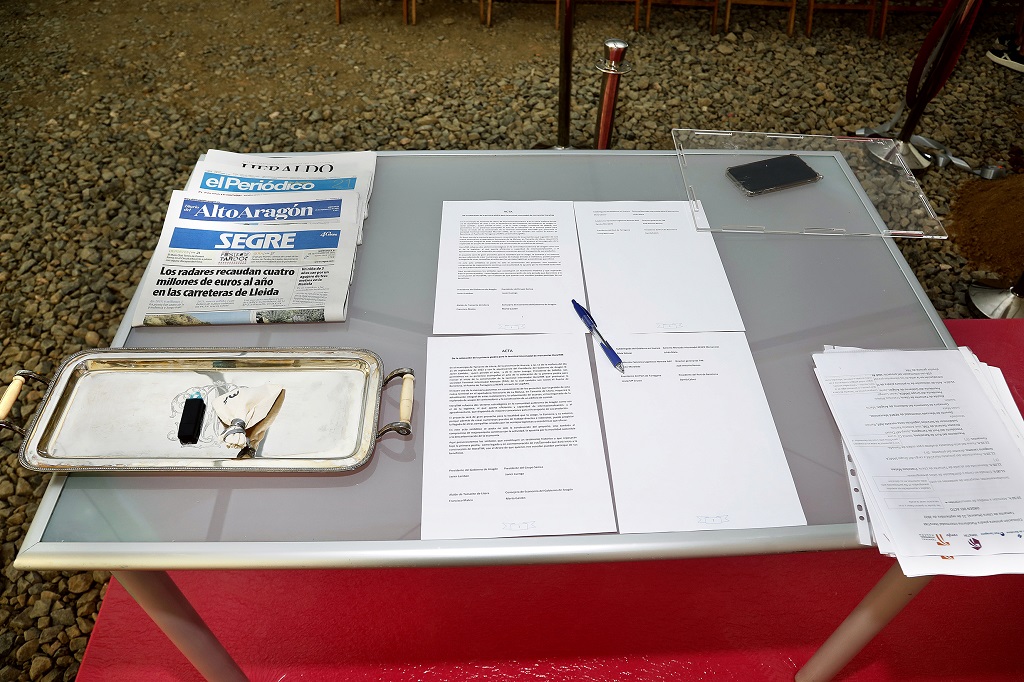 The LiteraTIM terminal will act as a point of union between rail transport and road transport and will be the only one in Spain that brings together three different activities: dry container (TIM) , reefer container (termoTIM) and bulk merchandise (agroTIM).

Javier Luengo president of the SAMCA Group, during the presentation ceremony of the project, emphasized the most important pillars of this project: sustainable mobility and the decarbonisation of the economy; The fact is that the new station will more than add to the effort and environmental commitment that among all the business activities of the group will annually prevent the circulation of more than 30,000 trucks and the emission of some 230,000 tons of CO2 into the atmosphere.</ strong> 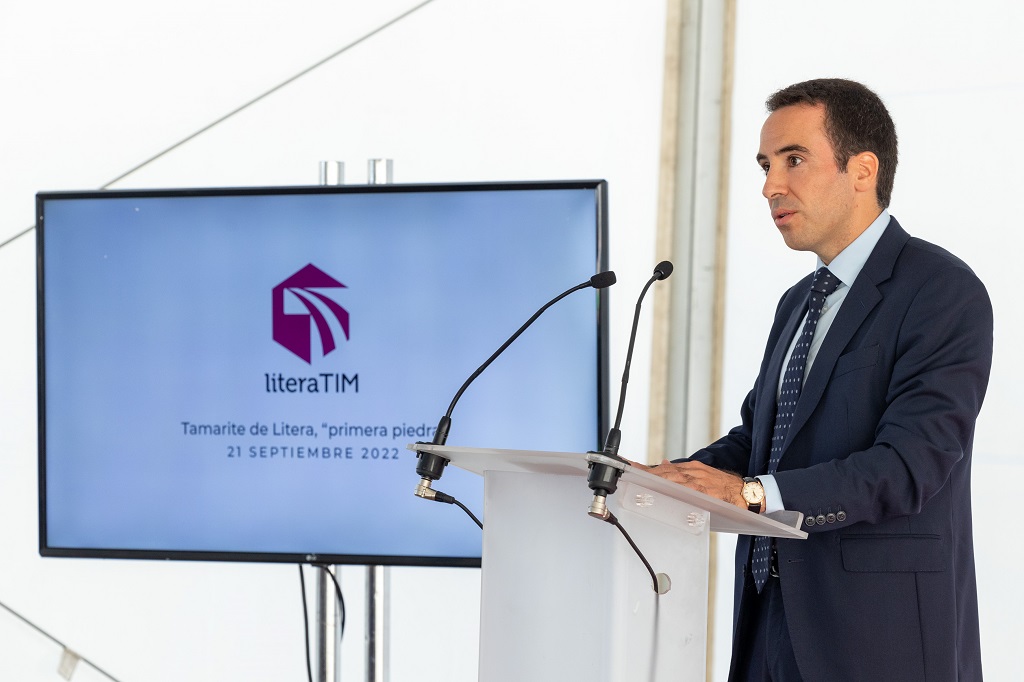 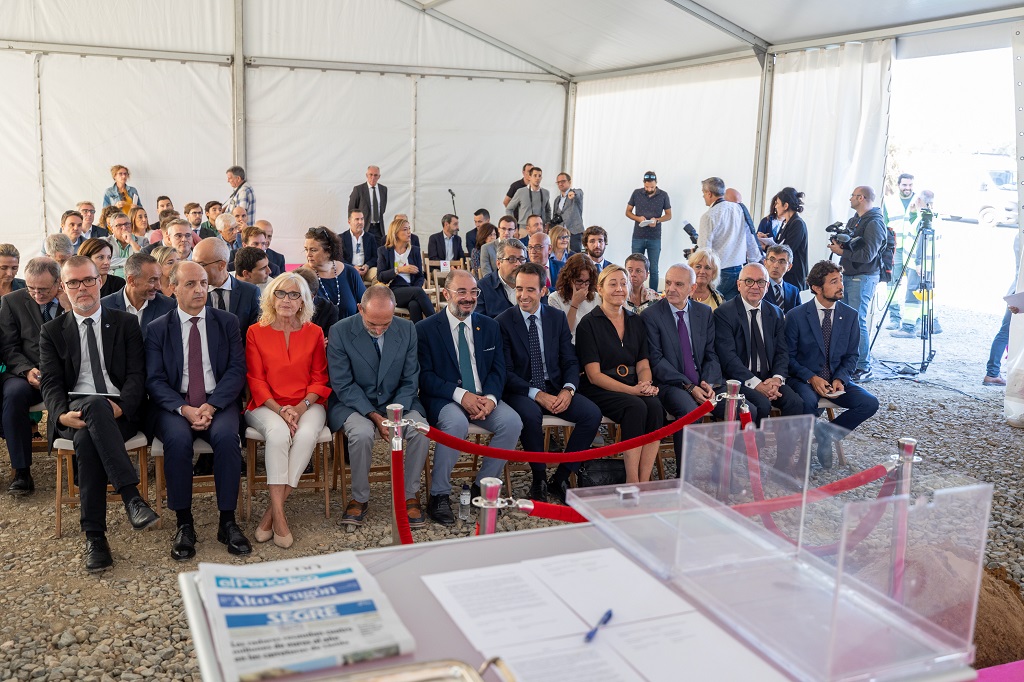 The president of Aragón, Javier Lambán, has participated in the act of laying the first stone of the terminal, together with Rubén Orera, General Director of the SAMCA Group and CEO of TIM; They have also been accompanied by the responsible for the ports of Tarragona and Barcelona and RENFE, which make up the company that promotes it. 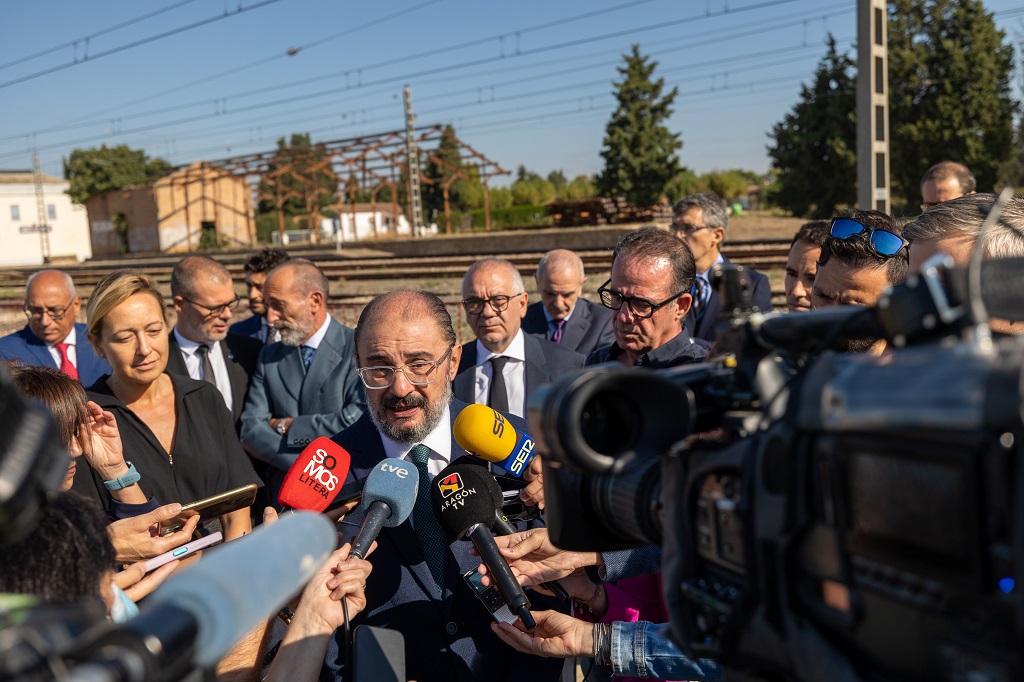 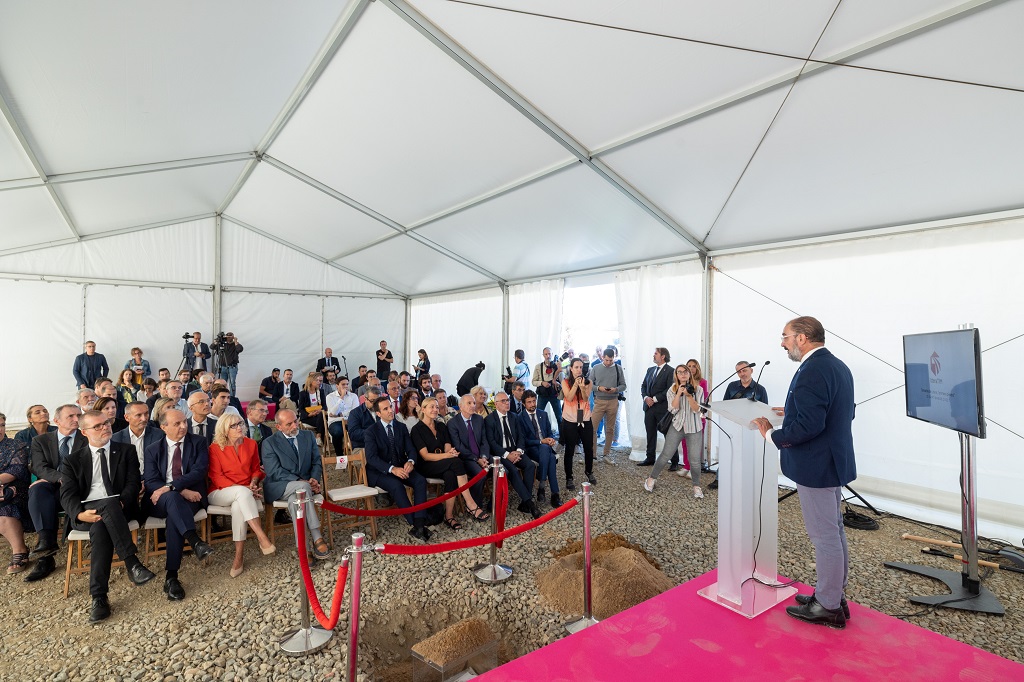 For the start-up of this new intermodal terminal, the Tamarite de Litera railway siding will be completely updated with an investment of close to 3.5 million euros by the SAMCA Group and its partners in TIM.

literaTIM will strengthen two strategic sectors in the autonomous community of Aragón such as logistics, to which it contributes efficiency and internationalization capacity, >and the agri-food industry, which will have better connections for the transport of its products. 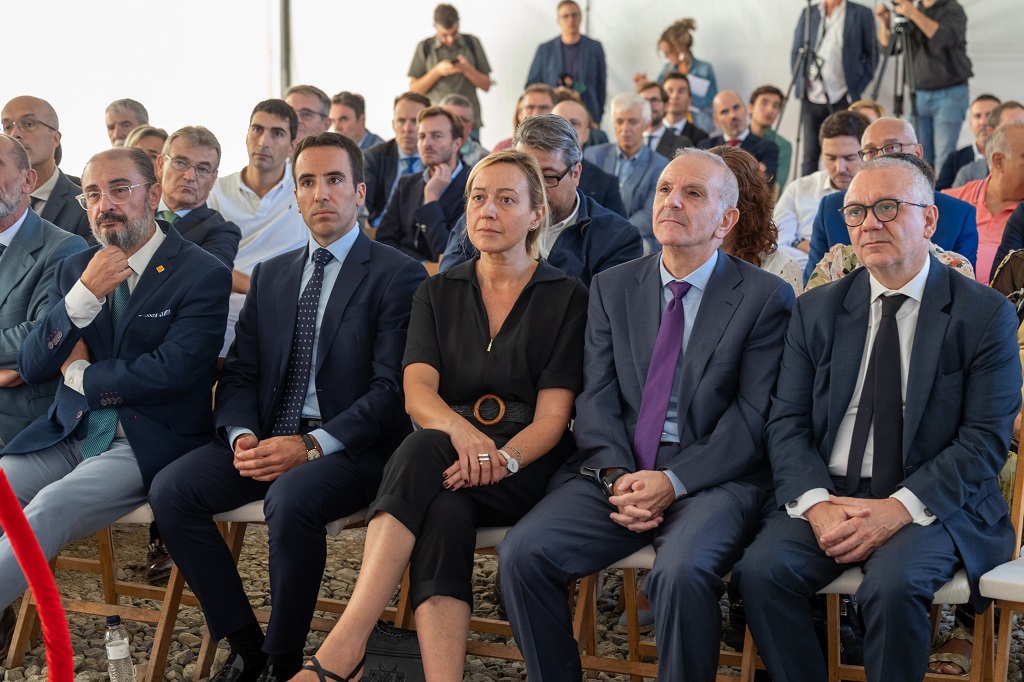 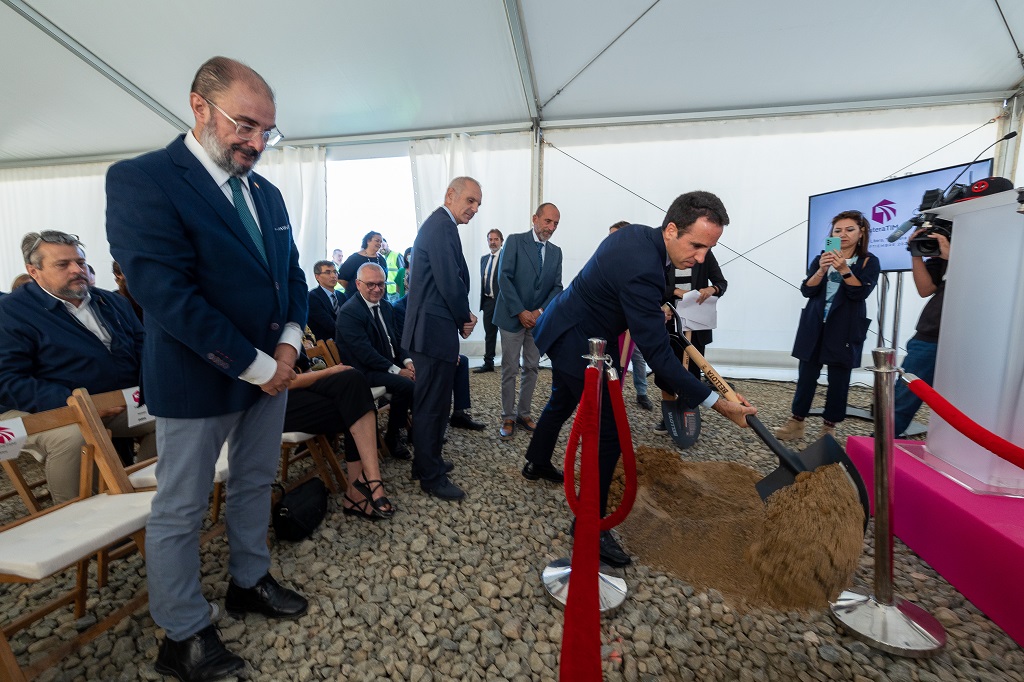 Gregorio Lacoma, technical director of the project, has detailed in his presentation technical data on the facilities, and that is that LietraTIM, in addition to acting on 3 of the 8 existing roads, They will carry out additional tasks of catenary disassembly, installation of voltage disconnectors to eliminate any electrical risk during loading and unloading operations, and urbanization of accesses and concreting of the container storage area. 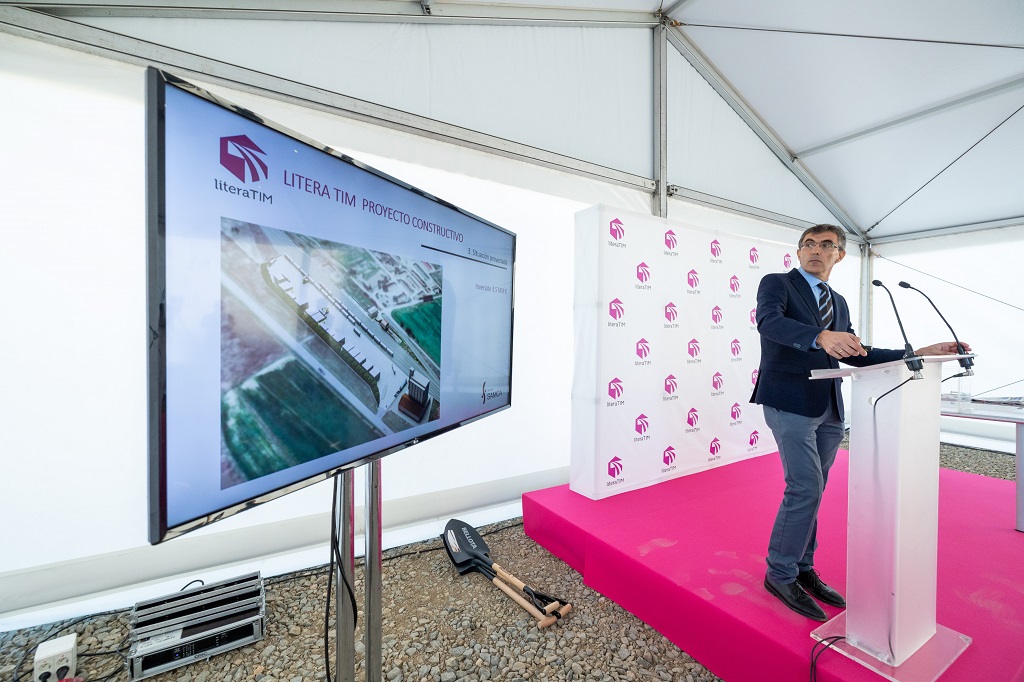 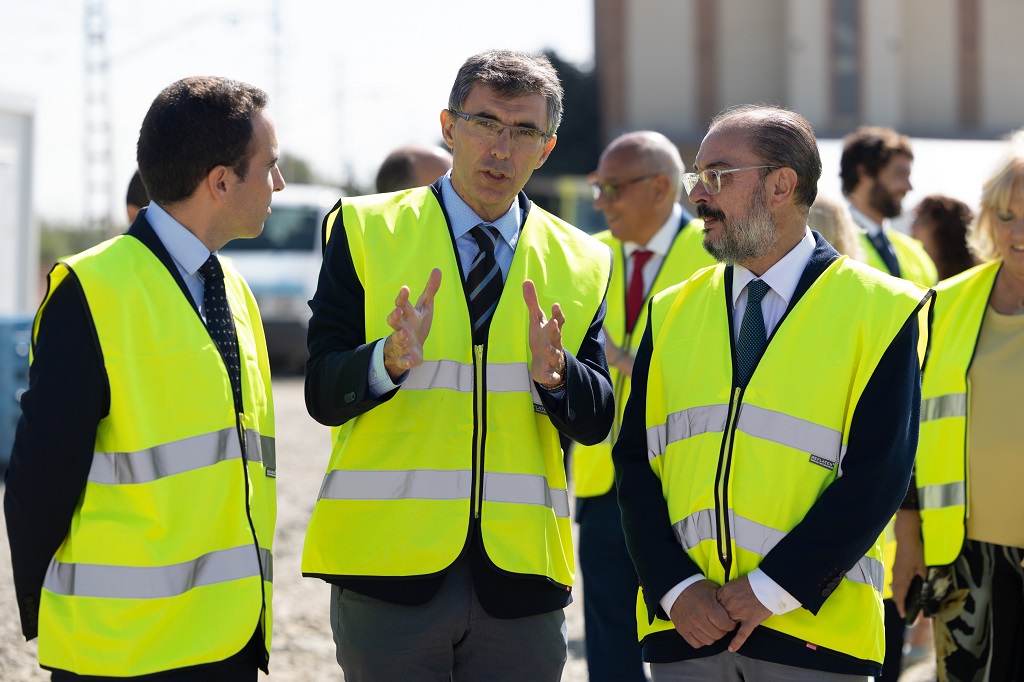 LiteraTIM will be able to operate 24 hours a day, 7 days a week, for which it will be provided with a maximum operating capacity of between 7 and 8 trains per day for estimated movements of 15,000 containers per year, as well as the power of storage for refrigerated and refrigerated equipment with 60 electrical connections in the new railway terminal. It will also have an ambitious system for digitizing processes and optimizing accesses and transits, as in TIM, with an important incorporation of technology and automation to gain efficiency and sustainability, also increasing the safety of work through very strict protocols.

Job creation is a fact in this new terminal, since, among the new facilities to be built, there is an office for the control of all the operations carried out in the terminal or a scale of weighing trucks, as well as the electrical connection infrastructure for refrigerated containers or a transformation center. 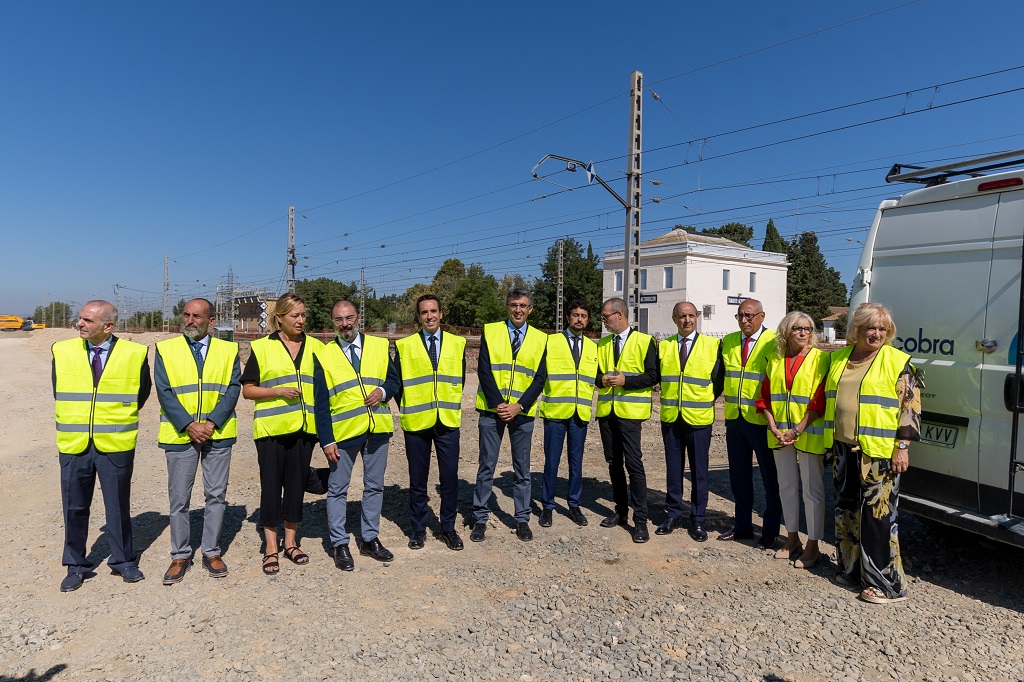 The LiteraTIM project, declared an Investment of Regional Interest by the Government of Aragon, will serve to initially create 9 direct jobs, to which as many indirect jobs will be added. It will generate < strong>wealth in the industrial and agri-food sector in its environment and can lead to the arrival of other companies attracted by the logistical and economic advantages it offers.