Over the last thirty years, the scientific consensus regarding what is called the origin of the planet’s global warming was being consolidated.

As a consequence of this, the European Union has proposed reducing the levels of CO2 emissions in 2050 by 80-95% with respect to those existing in 1990. This has given rise to the debate on the so-called “Energy Transition”, that is, how to address the challenge of moving towards an economy that barely emits CO2, or what is the same, towards a “decarbonized economy”.

In 2007, the European institutions already approvedsomespecific goals to be met by 2020 in terms of developing renewable energies and energy efficiency, objectives that were assigned to the different Member States. Specifically, Spain committed itself to reduce its CO2 emissions by 20% by 2020, in relation to 1990, and to increase its energy efficiency by 20%, since 20% of its primary energy consumption would come from renewable sources; for this to happen, over 45% of the electrical energy produced must have a renewable origin (“20/20/20 Goal”).

In October 2014, the European Commission approved a new CO2 emission reduction goal for the year 2030, which should be 40%. Regarding the goal of contribution of renewable energies to primary energy consumption, based on the agreement reached in June 2018 between the governments of the European Union and the European Parliament (an agreement in which Spain played a determining role), said goal was established at 32%, with a binding nature.

At the national level, the draft Law on Climate Change and Energy Transition sent to Parliament in May 2020, considers a goal for the contribution of renewable energies of 35% in 2030. Likewise, this draft considers that electricity generation with renewable sources must reach at least 70% in that year, a value that has risen to 74% in the latest version of the Spanish draft of the Integrated Energy and Climate Plan 2021-2030 (PNIEC). Additionally, the aforementioned draft of the Climate Change and Energy Transition Law determines for the first time that climate neutrality must be achieved no later than 2050, when the electricity system must be 100% renewable. Regarding the reduction of emissions in the Spanish economy, the goal of reducing them by at least 20% compared to 1990 is established. 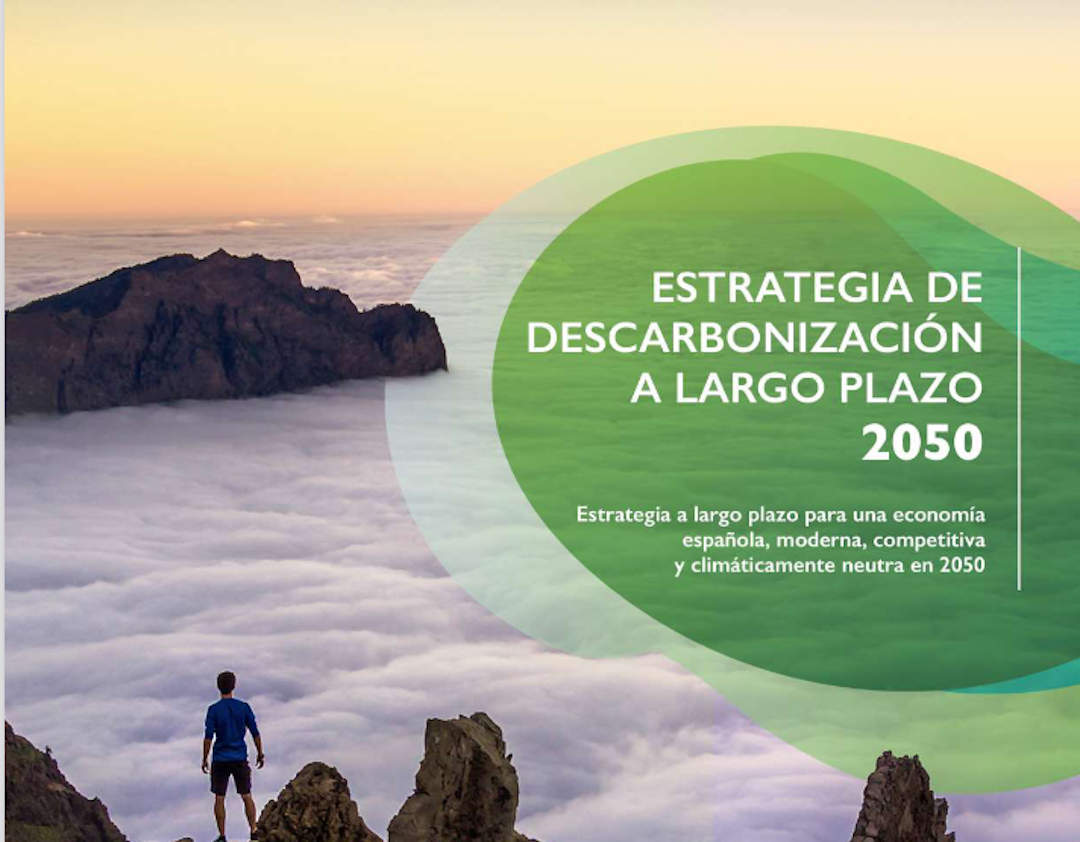 Photovoltaic energy has shown that it can contribute in a decisive way to having a safe, reliable, sustainable and environmentally friendly energy supply, helping to reduce dependence on fossil fuels and avoiding the emission of CO2 into the atmosphere; all this, in addition to contributing to lowering the cost of electricity for the benefit of consumers.

Therefore, in the latest draft of the PNIEC 2021-2030 it is considered that of the 161,000 MW of the total installed power expected in 2030 in the electricity sector, approximately 39,000 MW will correspond to photovoltaic solar generation, which will be capable of supplying 20% of national consumption. To achieve these numbers, and considering that the year 2020 ends with 9,000 MW, in the next decade it will be necessary to install 30,000 MW of additional photovoltaic power.

With regard to self-consumption, the same draft of the PNIEC 2021-2030 establishes the lines of action in “Measure 1.4. Development of self- consumption with renewable energies and distributed generation.” In short, self-consumption is recognized as a tool that allows a reduction in electricity transmission/distribution losses by bringing generation closer to consumption.

Additionally, within the applications indicated in the draft, self-consumption is cited as a measure of competitiveness, helping to reduce and stabilize the cost of energy, and is considered as a substantial factor in the development of economic activities. More specifically, the lines for the integration of renewable energies in the industrial sector are established in “Measure 1.5. Incorporation of renewable energies in the industrial sector,” where the aforementioned objective is the contribution to the decarbonization of the economy and the use of competitive energy alternatives. 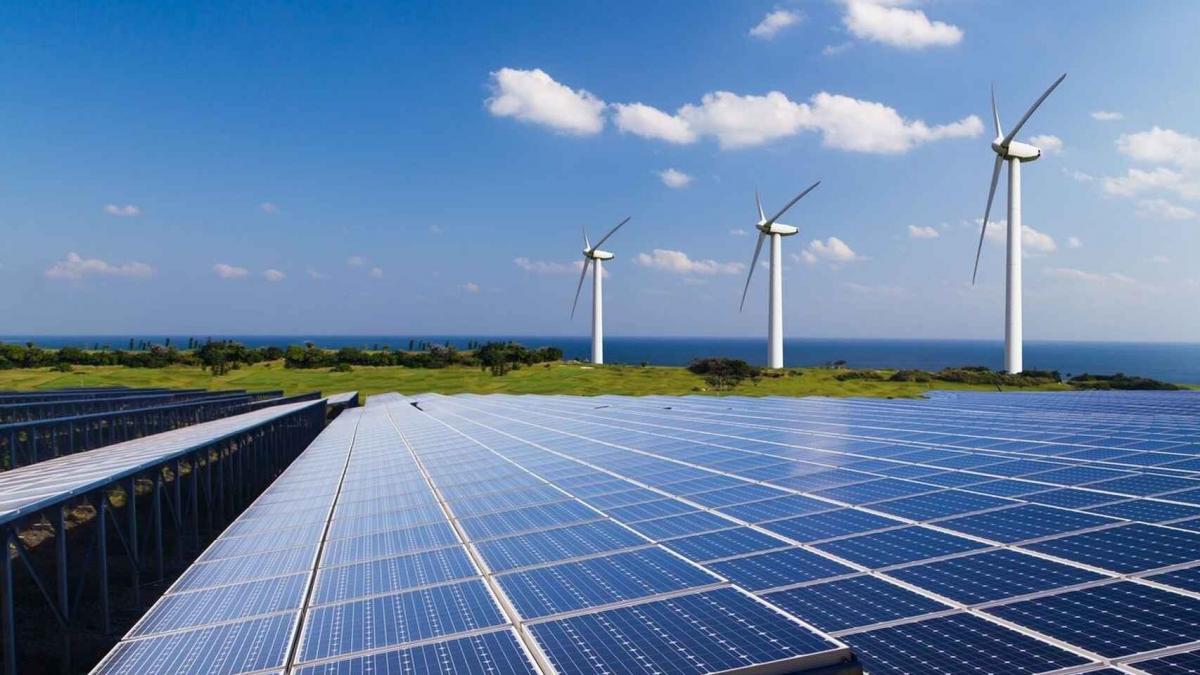 Recently, the Ministry for Ecological Transition and Demographic Challenge has made it clear that “in the current context of economic recovery and reconstruction, self-consumption can play a relevant role in the generation of activity and act as leverage for competitiveness, not only by generating direct employment, but also thanks to the driving effect on the different local value chains and the savings in energy costs for domestic, industrial consumers and the service or public sector,” and for which the first step has been taken in the form of public consultation for the elaboration of the National Self-consumption Strategy.

In this context, the construction of the Photovoltaic Solar Power Plant for self-consumption, which the Samca Group will begin to build in the Valle del Cinca de Barbastro Industrial Estate, represents an important advance towards meeting the goals of contribution from renewable energies and reduction of CO2 emissions. 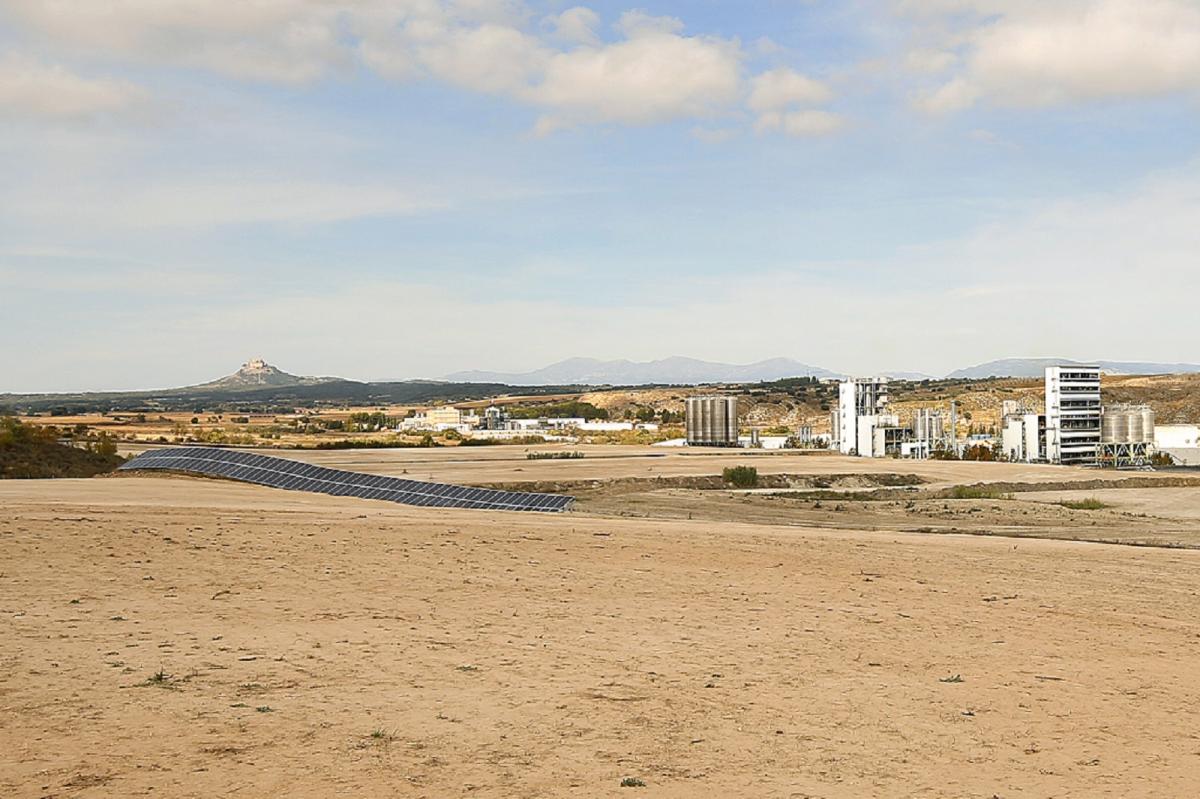 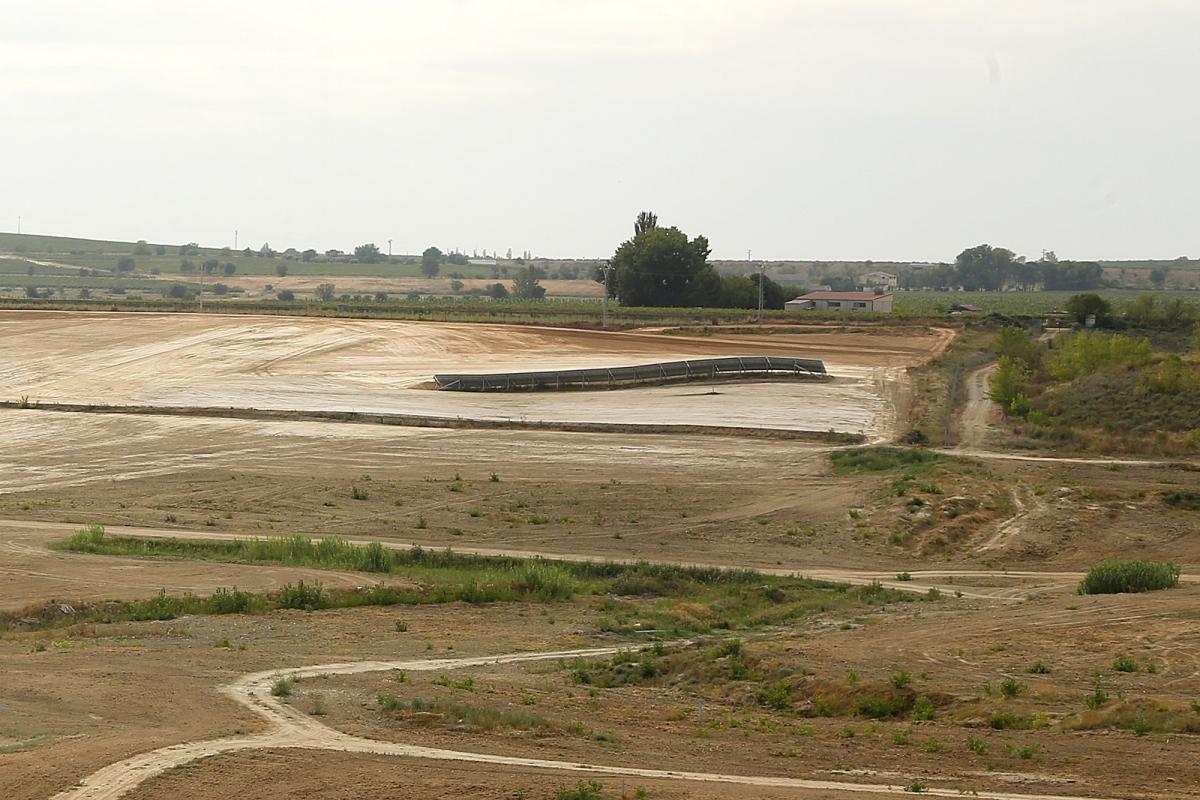 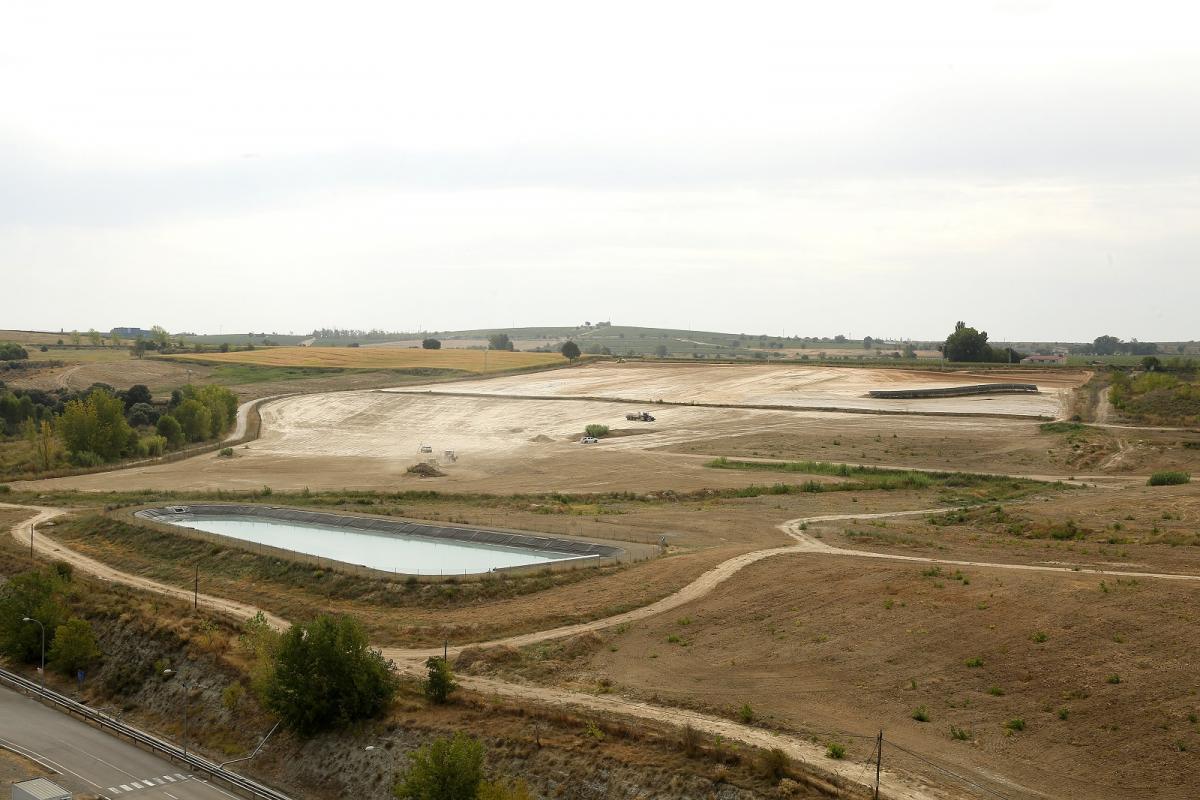 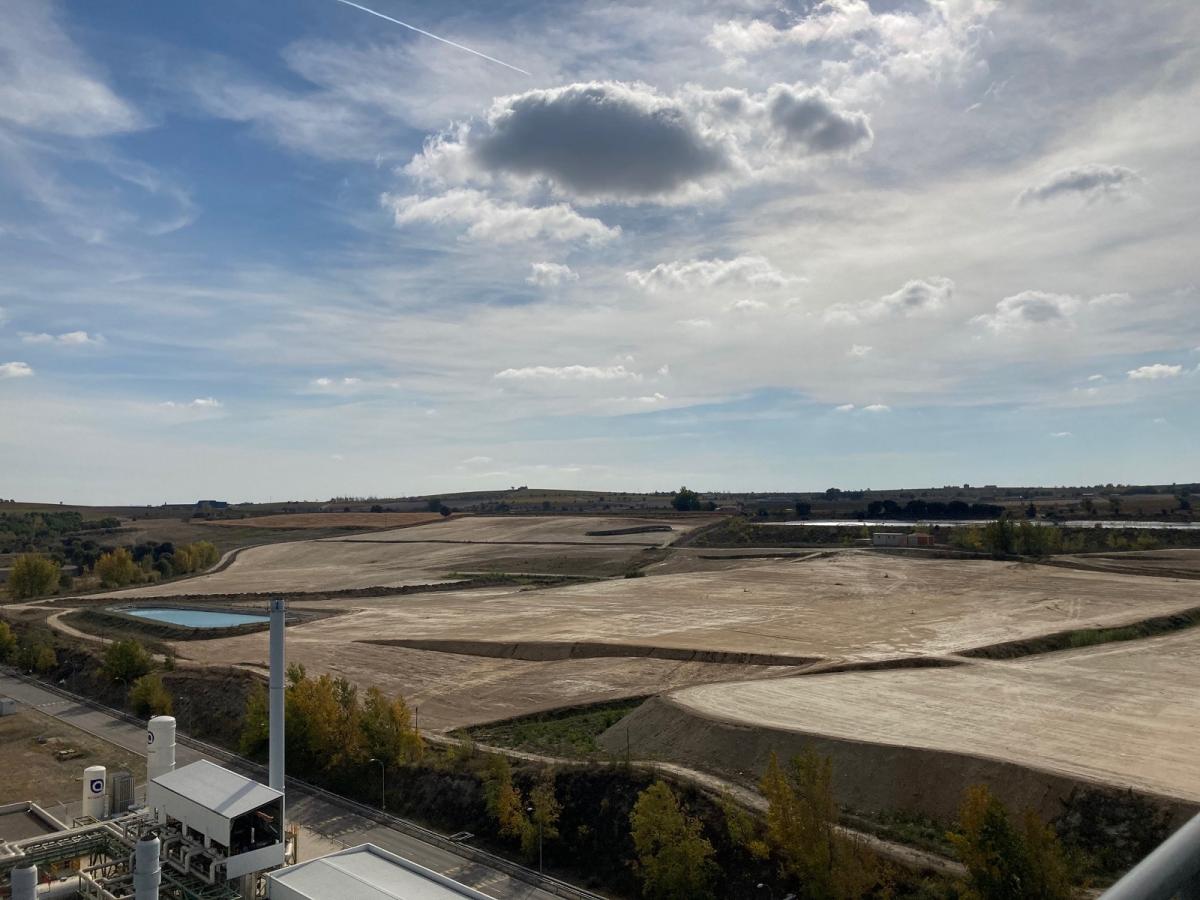 We will refresh our memory, before going into specific details of the project, about some basic concepts of photovoltaic solar energy.

Photovoltaic solar energy is based on the physical principle that the energy contained in light particles (photons) can be converted into electricity. This is achieved through the so-called photovoltaic conversion process, which allows the direct conversion of solar energy into electricity through the use of a semiconductor material (silicon, usually).

The basic element is the photovoltaic cell, which, when exposed to light, absorbs the energy of photons. Photovoltaic cells are made up of two layers of semiconductor material with opposite charges. Sunlight striking the cell surface “hits” the “loose” electrons in the material, which travel from one layer to another through a circuit, creating a flow of electricity. 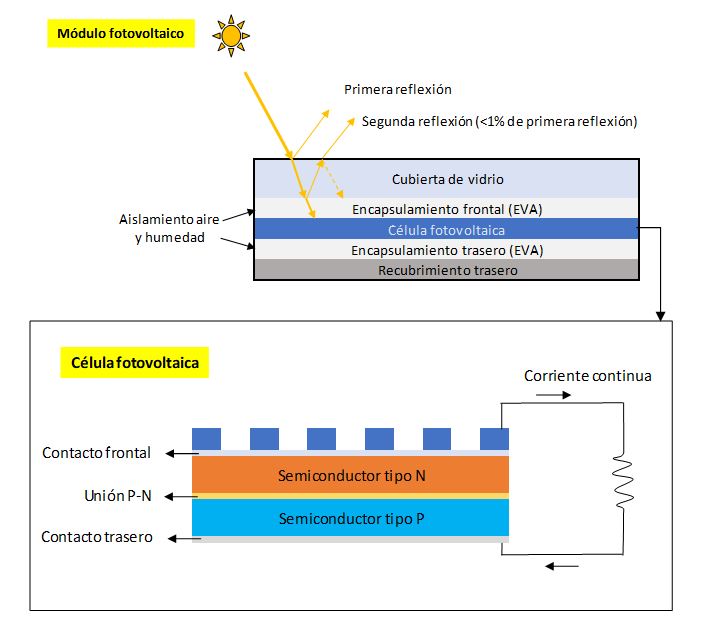 Figure 1. Basic diagram of operation of a photovoltaic cell.

The output voltage of a photovoltaic cell is low (0.6 V). This is the reason why cells are placed in electrical series, then encapsulated between a glass plate at the front and another moisture-proof material at the back, forming a photovoltaic module.

A photovoltaic solar field is formed by a series of photovoltaic modules electrically connected to each other in series and in parallel, in order to increase both the voltage and the intensity of the electrical energy generated in a direct current (DC). Electricity generation is proportional to the solar radiation that affects the modules, although it is reduced with the increase in temperature of the modules.

It is not possible to directly inject the energy in the form of direct current from the photovoltaic generator into the internal networks of the facilities whose consumption is in the form of alternating current, and it must be transformed into alternating current in order to be coupled to them. To do this, the direct current generated in the photovoltaic modules is conducted to the inverters which, through power electronics, convert it into alternating current at the same frequency as the electrical network. Then, through transformers, the electricity voltage is raised until it matches the voltage level of the facilities that consume the generated energy. Additionally, there is a set of devices that prevent discharge into the network in self-consumption facilities without surplus. 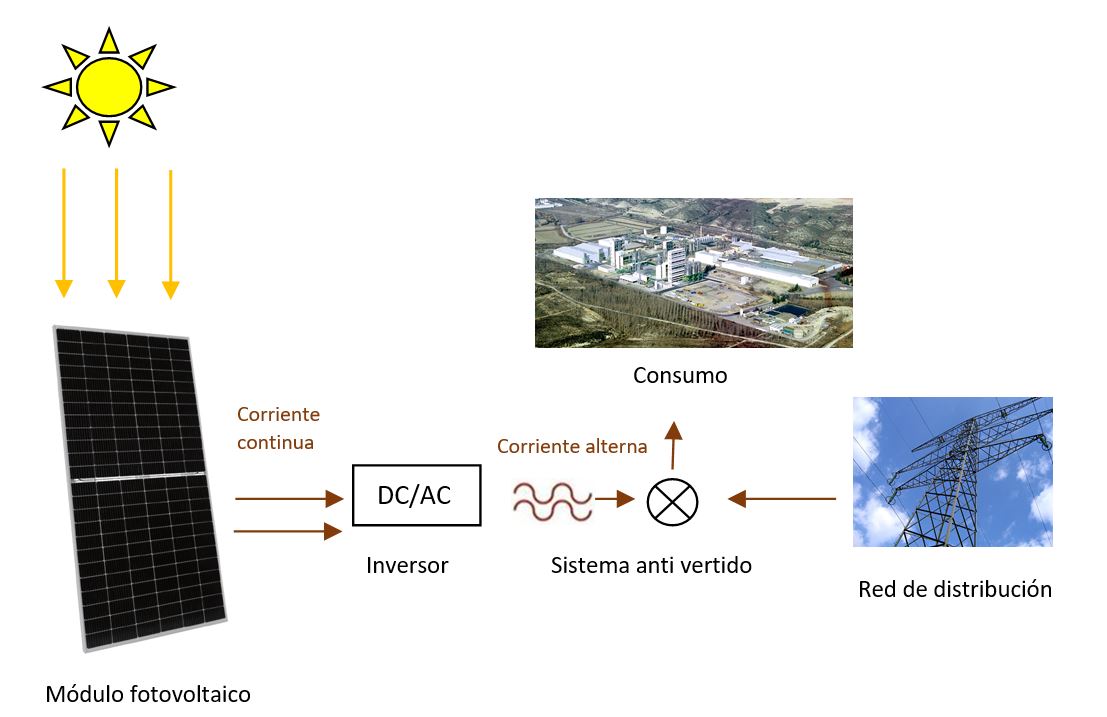 Once the background and some key concepts have been explained to better understand the behavior of solar energy and the operation of both a photovoltaic cell and a photovoltaic installation, we will explain the most significant approximate project execution deadlines and technical details:

It is expected that the start of the works will take place in January 2021, and that they will finish around the month of November 2021.

The photovoltaic field will have a peak installed power of 15.37 MWp.

In total, there will be 28,594 Mono-Si split cell photovoltaic modules.

The annual electricity production will supply 25% of the total consumption of the Novapet/Brilén industrial complex on a 100% self-consumption regime.

The total area of the photovoltaic modules will be 73,735 m².

3.Characteristics related to total energy production in the field:

4.If we talk about saving energy, we can conclude that: